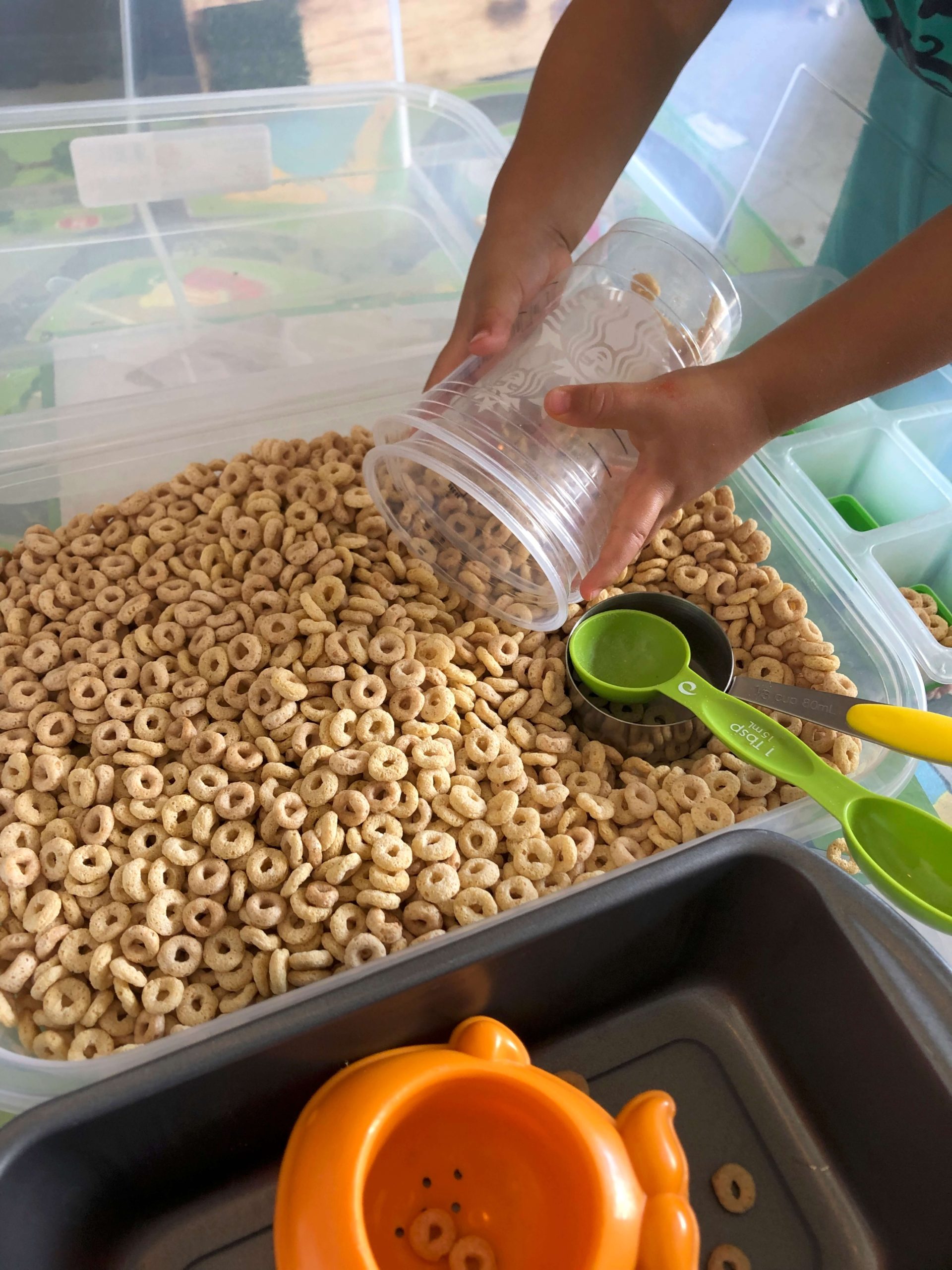 Are you looking for things to teach your one-year-old? This pouring and scooping activity is one of my toddler favorite activity at the time.

This Cereal Sensory Bin is a great activity to practice pouring and scooping because your toddler gets to explore, use his creativity, and not get yelled at for making a mess.

We love to follow some Montessori practices. We have been working on learning how to pour and scoop – a critical one-year-old life skill that will allow him to perfect and master this skill. Later on, he will be able to pour some milk without making a mess.

Recommended: 13 Sensory Activities to do at home

How to Setup a Cereal Sensory Bin

At first, Manny was interested in feeling the cereal, grabbing full fists and slowly letting the cereal go and seeing where each of the pieces fell. (He was practicing cause and effect)

Then we added some cups and spoons. He then proceeded to play getting as much cereal in the cup as possible through a scooping motion.

By adding additional scooping supplies like measuring spoons for different shape and sizes it allowed the exploration to continue.

His game here was to scoop it with the little spoon and transfer it to the bigger spoon I was holding.

I also provided an ice cube box to practice scooping the cereal and pouring it in each of the smaller sections from the ice cube tray.

Just because we see an activity we like doesn’t mean we can’t do it again. so after a few days, we wanted to play again with the cereal sensory bin. After all, kids love repetition.

I got the cereal out and set up the sensory bin, but I changed the tools I gave him to play with. I added a muffin tin box (the cereal made an interesting noise when it was poured in), a truck, an ice cream scoop, a measuring spoon, and a mixer spoon. This allowed the concept of poring to be practice but the game was changed by changing the tools.

Cleanup is fast, easy and painless.

Want it even easier cleanup option? forget the towel and the shower curtain and just do this activity outside.

Will you try this sensory bin activity with your toddler?